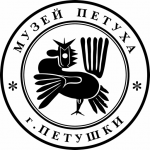 - About the Rooster Museum

How was our museum created?

On the 29th of  April 1997 the world's first art museum of Rooster was opened in the city of Petushki, Vladimir region, Russia.

The founder of the museum Kornilov Nikolai Izosimovich.

He is an artist, journalist and philanthropist, President of the International Association  “Art of Nations of the World”, Honored Artist of Kara-Kalpak, Chevalier of the Order of St. Prince Daniel of Moscow for his achievements to the revival of Russian spiritual life.

The magic of his personality and the character, charged with light energy, attracted many people to him.

And when on the eve of 1993 - the year of the Rooster according the eastern horoscope, Kornilov announced to his friends and colleagues to "draw the bird of the year",  a lot of artists and masters of arts and crafts, and even those who never held in their hands artistic brush, hit the ground running. Everything that the participants of this project created was set forth for all to see in the center of Moscow in Banniy Pereulok (Lane)  and almost all the year residents and guests of our capital came to see this spectacle.

But the year of Rooster was over, and it was necessary to look for a place for such a unique collection. A question arose about creating a museum, but where? Of course!!! The poem of Venedikt Erofeev "Moscow-Petushki" glorified this town to the whole world. And where, if not in Petushki, to open the Rooster’s Museum? (Rooster is in Russian “Petukh”)

When all the formalities for the allocation were executed, the work on the interior design of the museum began.The artists Andrei Kurashov, Vasily Vyatich and Irina Sinitsyna as volunteers created a fairy town.

At the opening of the museum, Kornilov Nikolai Izosimovich made a donation of his unique collection.

Now the Rooster Museum pleases both children and adults. It is made in the form of a small fairy-tale town with its streets, squares and alleys. Here you can learn which comes first the chicken or the egg? Why and how to paint eggs, how cocks crow in different countries, and at the same time you can crow yourselves in a magical chicken coop for the fulfillment of your desire. You learn divination custom with rooster, listen to a fairy tale and even play a performance. You have a chance to guess why the rooster has spurs, why it is called an alarm clock, and what is "chicken blindness"?

You can visit the Rooster hut and look at the old things from recent times: the samovar and shoulder-yoke; wicker basket and pot, Russian stove; bast shoes and spinning wheels, and many other things which have gone down in history, but are forever associated with Russia.

And what pictures can you see, what subjects, despite the fact that only the Rooster posed:

cock-fire, rooster-evil, rooster-rebel, braggart, fighter, giant, polygamist, handsome ...
The main character of the museum Rooster is made from glass, crystal, clay, wood, metal, multicolored threads, scraps, beads, shells. Products of folk crafts too: golden Khokhloma, tender blue and white Gzhel, joyful Gorodets, intricate patterns of Vologda lace, piercing whistles. There are also foreign roosters from different countries of the world and each with its own history.
You can find out why Petushki are called Petushki? Why in the old days they said "You're passing Petushki - take care of your duffel bags"

You can see an unusual collection of wooden roosters in all their glory:
musicians, militaries, and athletes ...
Wonderful moments from our life and daily routine of people can surprise and make laugh.
Folk master Sergey Timofeevich Saunov made of wood very unusual figures!
There are no such people anywhere else!

Come here! And you will not regret for a second that you came to visit us! We can't wait to show off our rooster Kingdom! Welcome!